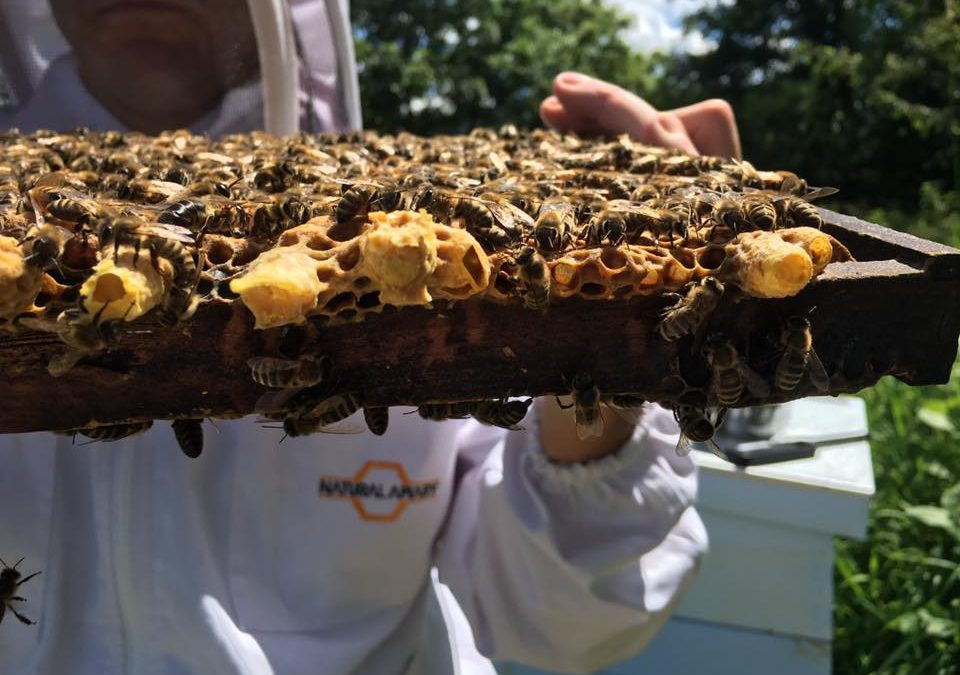 This was interesting enough that we decided to post a short update on Sunshine hive’s progress.

What do you think of their handiwork? 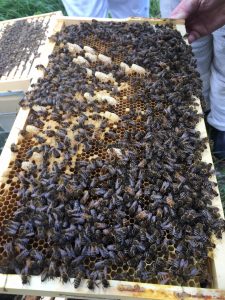 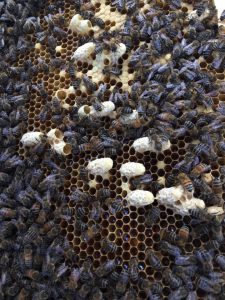 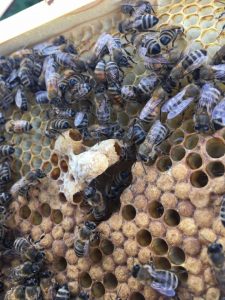 And this was their effort from 1 week ago… 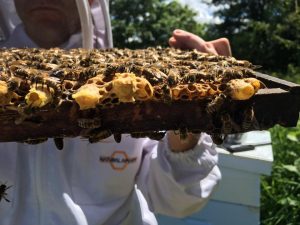 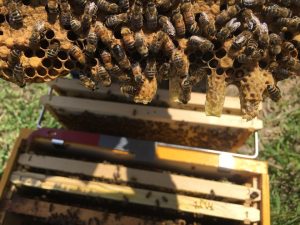 For the record, when you see this in your hive, it’s a BAD sign. It means that your colony wants to swarm OR that there is something wrong with the current queen.

Because of how rapidly this colony expanded, we suspect their swarm instinct got kicked into high gear. We started cutting off queen cups to deter them while we made plans to do a split (move half the bees to another hive).

Members of the Ottawa Community Beekeepers (OCB) popped out this evening to show us how to split the hive, and they were pretty impressed by the number of cups our ladies created in just 2 days—almost 20 capped queen cups in total! Wowza!

The current queen was nowhere to be seen this evening. Either she’s hiding or she’s already flown the coop. There was a marked lack of eggs and larva this evening which suggests that she may be gone already.

Thursday, we will introduce a new queen. And hopefully, the new one will stick around for more than a month.