The hive team: The 3 types of bees in your hive

Time to meet the hive team! As a new beekeeper, you need to familiarize yourself with the three types of honey bees in your colony. These bees are:

Read the description below. 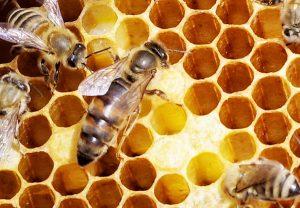 About the queen bee

The queen is kind of a big deal in the hive. Each colony has 1 queen bee who is responsible for laying eggs and telling all the worker bees what to do. She is much bigger than both worker and drone bees and has a distinctive, long abdomen so she’s easy to spot if you know what to look for.

The queen is the only bee with full reproductive capacity in a hive. An unmated queen is called a “virgin queen”. Early in her life, a virgin queen will go on one or several “nuptial flights” outside the hive in search of drones from other colonies to mate with. During these flights, the queen may mate with multiple drones. A mated queen can store up to 6 million sperm from multiple drones in her spermatheca—a mated queen never needs to mate again. She will lay fertilized eggs for the rest of her life and can lay about 1,500 eggs in a single day.

It takes 16 days for a queen to develop and emerge from her cell in the hive. Once she emerges, a queen can live from 2 to 7 years. Anecdotal evidence suggests that queen bees are most productive during the first 2 to 3 years of their lives so beekeepers sometimes choose to re-queen their colony after a queen’s second or third year in the hive to ensure the hive always has a strong, healthy, productive queen. 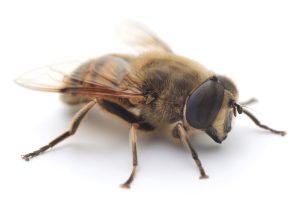 Picture of a drone honey bee

About the drone bee

Drones are male bees whose sole purpose in life is to mate with a queen. Worker bees will feed a drone throughout the season until it mates. Once it mates, it dies immediately. If a drone does not successfully mate with a queen by the end of season (fall), worker bees will throw the remaining drones out of the hive where they will die.

It takes about 24 days for drones to develop and emerge from their cells in the hive. Although drones can live up to 90 days, their life span is ultimately dependent on their mating success. 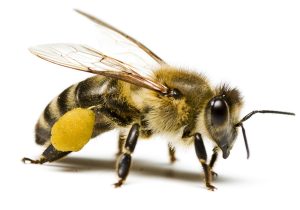 Picture of a worker honeybee with a sack of pollen

About the worker bee

Worker bees are female bees that lack full reproductive capacity. They are smaller than queen and drone bees. Worker bees are responsible for tending the hive and the queen.